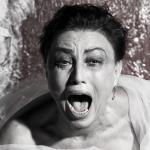 Languages
English    fluently
French    well
Spanish    few
Italian    few
Greek    mother tongue
In her whole life she has combined Theater and Music with Architecture.
She was born in the town Arta of Greece.
Upon her High School graduation she won the Pan-Hellenic Award of the Greek Mathematical Association.
She graduated with honors and State Scholarships from the School of Architecture in National Technical University of Athens.
She also graduated from the Drama School of the Greek National Theater Company.
She is the owner of her Architecture and Urban Planning Consulting Office in Athens.
She is founder and shareholder of the Architectural Company "Epsilon Constructions" www.e-con.gr
She represented Greece in the World Congress of Theater Architecture in Munich in 1978.
She has participated in the 20th World Congress of Architects in Beijing” in 1999 as a member of the Greek delegation.
She has been elected as a delegate of the Assembly of the representatives of the Technical Chamber of Greece for sixteen years (since 2000 to 2016).
She represented Greece as a Delegate of the Technical Chamber of Greece in subjects of architecture and environment at the 2nd Hellenic-Russian Forum in St. Petersburg in 2010.
She is the author of several essays, such as:
“ Modern Monuments - Architecture and Theory”.
“ Theatre Architecture from Ancient Times to date”.
“Traditional Settlements in Zagorochoria, Epirus, Greece”.
“Stone bridges in Mastorochoria, Epirus, Greece”.
She has starred as a leading actress in over 50 theatrical productions, (among them ANCIENT TRAGEDIES by Aeschylus, Sophocles, Euripides, PLAYS by Shakespeare, Pessoa, Strindberg, Sartre, Lorca, Dario Fo, MUSICALS by M. Steward, S. Kolman etc.)
She also starred in 20 FEATURE FILMS (among them one German-Greek, one Greek-Colombian and one American-Greek production), in a TV SHOW for German television and in 18 TV SERIES for Greek television.
Besides she has participated in recordings and in concerts around Greece, Germany and Israel.
She has studied traditional and modern dance.
She is particularly interested in Byzantine hymns and traditional songs.
She used to participate in choirs and chorus.
One of the most important moments of her career was when she met Vangelis Papathanasiou in improvisations with one voice and electronic music for a greek traditional song.
She speaks fluently Greek and English.
She also speaks good French, and moderate Italian and Spanish.
She has traveled extensively to America, Europe, Africa and Asia
Furthermore she has computers skills.
Her hobbies are rafting and swimming - especially winter swimming - in sea, lakes and rivers..
She was awarded the ACTOR Award, for her overall contribution to the Theater.
She was twice awarded by Unesco in 2018 and 2019 for her performances in the theatre